The Cave ROVer Update: A Brief post Florida cave dive preliminary report. In summary during a recent cave dive attempt 3/6/2020, the robot entered the water, all systems go, as it neared the cave entrance, the leak sensor system went into alarm state where emergency protocols returned the robot home. At that time the dive was called, and the robot was disassembled, inspected, reassembled and tested over the course of 6 hours. The next attempt 3/7/2020, the robot again entered the water. This time submerged for 30 minutes while test were ran and reported go for dive. At that time, the robot entering the cave, passing through the diver expelled gas bubble cloud. Again at this exact point they made contact with the primary enclosure of the ROV robot, the leak detection system went into emergency alarm state. Today a complete system diagnostic has been ran with zero errors or reported problems. All tests indicate fully functional, and vacuum pressure test pass. Data logs and video recordings are being reviewed & investigated to the cause for alarm on both occasions.
First suspicion was in temperature of the underground stream flow vs surrounding water causing condensation, but further hypothesis is beginning to form surrounding what effect, if any, the expanding expelled 30%O2/70%Nitrogen gas could have when directly impacting the robot primary enclosure base, being the mount location for the four sensors.
Also addition of further internal sensors are being researched to reduce risk of false positives. 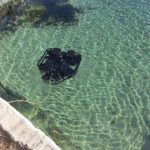 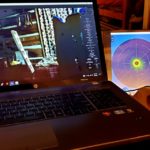